Directed by George Marshall
Produced by Hal B. Wallis
Screenplay by Hal Kanter
Adapted by James Allardice and Hal Kanter
From a story by Damon Runyon
Director Of Photography: Daniel L. Fapp

From a technical standpoint, Money From Home (1953) was a real landmark for Martin and Lewis. It was their first picture in color — and in some theaters it played in 3-D (and stereo), too. It was one of only two (if memory servces) films shot in both three-strip Technicolor and 3-D, which meant six (!) strips of negative were going through the camera at once.

This was the first Martin and Lewis picture I ever saw, catching it on TV as a kid. I loved it. So while I think the pair made better films (Artists And Models gets my vote for their best), I have a real soft spot for this one. 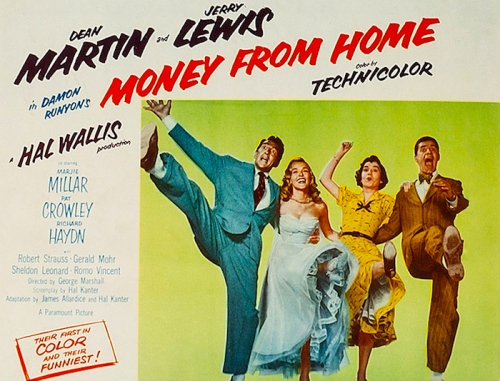 It’s the 20s. Dean’s a gambler named Honey Talk Nelson who owes a small fortune to bookmaker Jumbo Schneider (Sheldon Leonard). Jumbo will forgive Honey Talk’s stack of IOUs if Dean can keep a certain horse from winning a certain race — with the alternative being a pair of cement boots. So Honey Talk drafts his animal-loving, vet tech cousin Virgil (Lewis) and off they go. This paves the way for the typical crooning and romancing from Martin — of course, he falls for the owner of the horse he’s trying to fix (Marjie Millar), along with the prerequisite stupidity from Lewis — doing the dance of the seven veils, impersonating an English jockey, letting his ant farm loose at a cocktail party, etc. There’s a lot of funny stuff in here, most of it dependent on your personal preference and/or tolerance for Jerry Lewis. 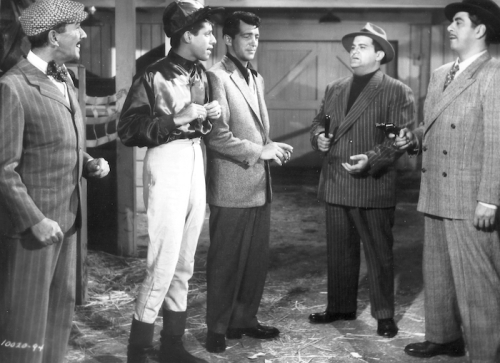 Paramount surrounded Martin and Lewis with some great character actors in this one. Richard Haydn is funny as the drunk jockey Bertie Searles), and Robert Strauss, Sheldon Leonard and Jack Kruschen are great as the mobsters. Oh, and be sure to look for Mara Corday as a waitress. 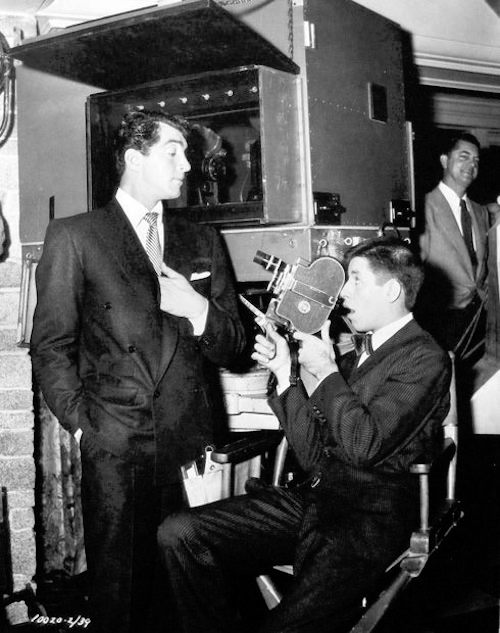 Dean in front of the Dynoptic camera rig, Jerry with his (16mm?) home movie camera.

Olive Films has gives us a nice, if bare-bones, Blu-Ray of Money From Home. There’s been a lot of squawking about why they didn’t go all out with 3-D, which overlooks just how nice this Blu-Ray really is. (And besides, this isn’t the kinda movie that needs 3-D to work.) It’s sharp as a tack, with near-perfect contrast and color — allowing for some of the inconsistencies you see in a lot of old Technicolor material. That isn’t a complaint at all — it looks every bit like what it is, a polished Paramount studio picture from the early 50s. The audio is nice and clean — it’s a shame the stereo tracks have been lost.

Money From Home is a funny picture, and Olive Films has it looking seriously splendid. It’s easy to recommend this.