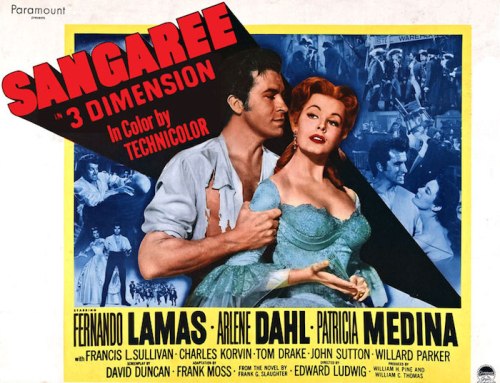 Sangaree was to be another Pine-Thomas picture, but Paramount picked it to be their first 3-D production. Shooting was underway when the 3-D decision was made, so some scenes had to be re-shot. Be sure to read all about it here and watch for the Blu-Ray in September.