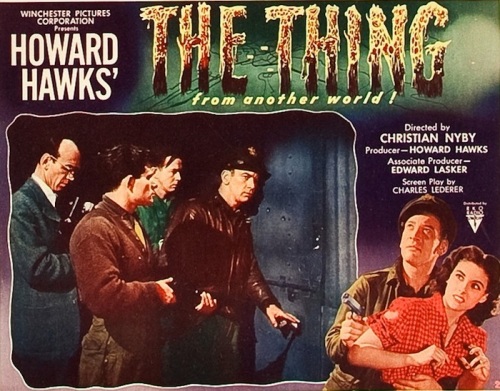 The Thing (1951) scared me to death as a kid. It’s one of my Top 10 favorite films. It’s been sitting at the top of my Blu-Ray Want List since the format was introduced. And it’s finally coming to Blu-Ray from Warner Archive.

It’s basically about some cool military guys and a really cool woman saying and doing cool things as they take on a monster from outer space — and a scientist who’s determined to protect it. Howard Hawks’ stamp is all over it (cool people lumped together to deal with a crisis), whether he directed it or not.

This is essential. And I cannot wait for this Thing!