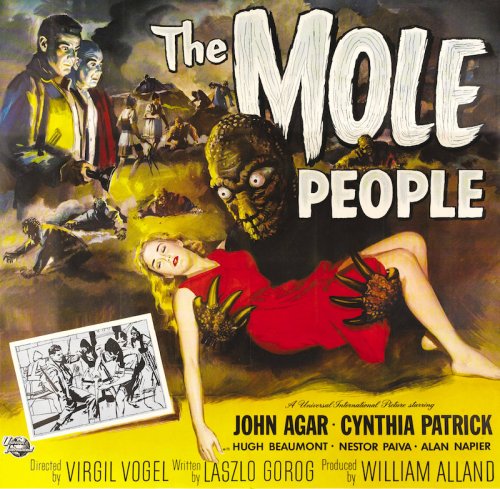 Boy, the good news keeps on coming. Scream Factory has announced The Mole People (1956), coming to Blu-Ray in February 2019.

This is one a lot of the Universal monster nuts complain about, but I love it as much as an adult as I did as a kid. It’s really stupid, it’s fun, the monsters are cool. It’s got a great cast — you can’t beat John Agar and Nestor Paiva. And Reynold Brown cranked out another masterpiece for the posters. Can’t wait!