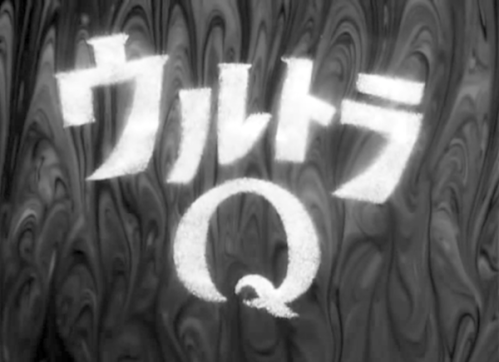 Until this Mill Creek set turned up in my mailbox, I hadn’t seen an episode of Ultra Q (1966) in its entirety. Now, about halfway through the show’s 28 episodes, I’m having a blast.

If I had seen Ultra Q when I was 10 (and could understand Japanese), it might’ve been my favorite TV show. 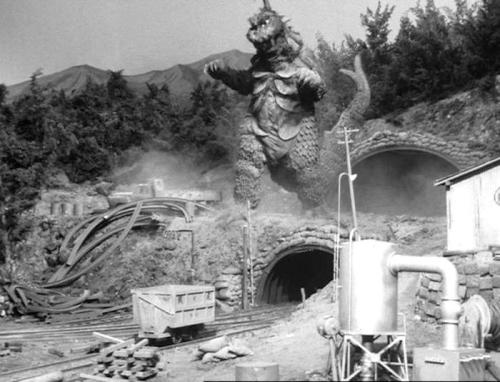 It goes like this. Eiji Tsuburaya, the special effects maestro behind Toho’s Godzilla movies, started his own production company and kicked things off with Ultra Q. It’s about a team of investigators who look into different mysterious goings from episode to episode — similar to the setup of, say, The Night Stalker or The X Files. But this being Japan in the mid-60s, that premise (inspired by The Outer Limits) becomes a showcase for a giant monster every week. Toho was an investor in Tsuburaya’s new production company and gave the show access to their prop warehouse, filled with monster suits waiting to be unleashed on another miniature Tokyo. Part of the fun is spotting disguised monsters from the Kaiju movies, such as Godzilla dressed up to play Gomess in the first episode. 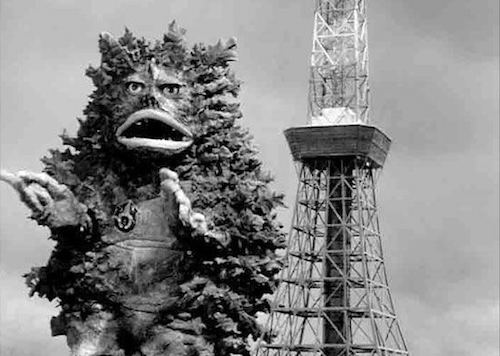 It’s a pretty whacked-out affair. All sorts of things come from space or out of the ground, and our intrepid team — a scientist, a young reporter and a pilot — take them on as the Japanese countryside and infrastructure get stomped. That’s pretty much it. The half-hour format really works in its favor, as time is never wasted — they get right to the monster.

Ultra Q only lasted one season. Tsuburaya Productions moved on to the first Ultraman series (in color) in 1967, and that franchise is still going.

Mill Creek has done a terrific job on this set, available in regular or steelbook packaging, and on their first Ultraman set (released the same day). 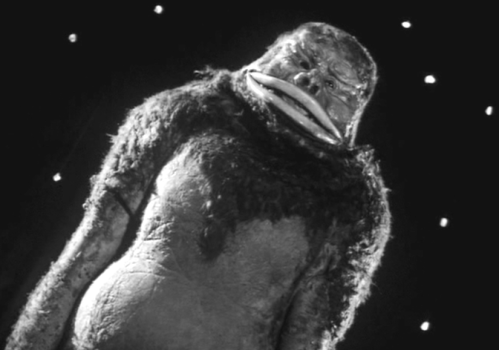 Ultra Q‘s gorgeous black and white is perfectly presented on Blu-Ray, with the contrast masterfully dialed in. Everything’s sharp as a tack, allowing for some grainy stock footage from time to time. The sound is clear as a bell (it’s got a great Surf-y theme song), and the English subtitles (it’s in Japanese only) are nicely done. (There was evidently an English version prepared that never aired. It’d be cool to see some of those.)

Ultra Q was quite a discovery for me, and I’m sure fans of the show will be overjoyed by this set. If only every TV show got this kind of attention.