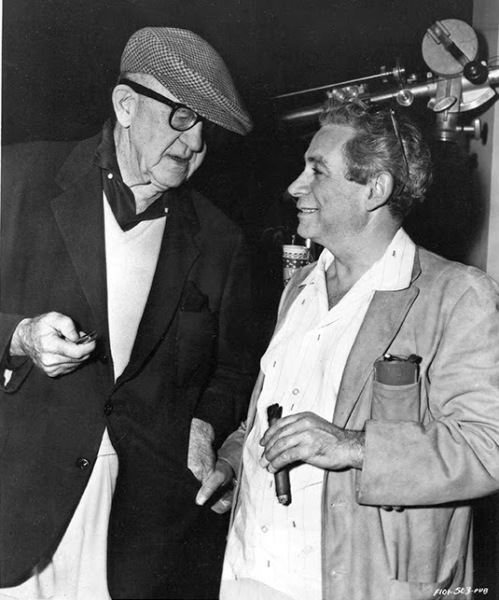 There’s so much written about Samuel Fuller (above, with John Ford). My suggestion is just watch his films — they’ll tell you about all you need to know — and maybe read his autobiography A Third Face. Watching his movies is a little easier thanks to a cool little set coming later this month from Critics’ Choice and Mill Creek. He didn’t direct all these films, but his fingerprints are on ’em for sure. 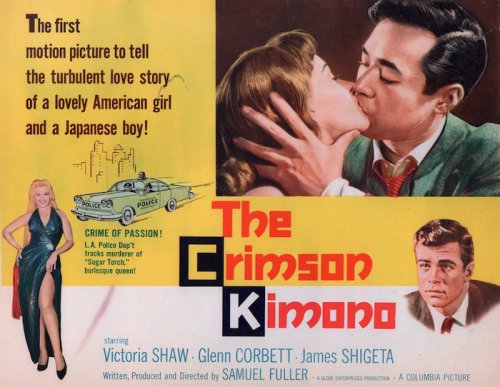 The Crimson Kimono (1959)
Written & Directed by Samuel Fuller
Starring James Shigeta, Glenn Corbett, Victoria Shaw, Anna Lee
Two cops — Korean War veterans and friends — wind up in a love triangle with a witness to the murder of a stripper. Into this sordid tale, Fuller deftly weaves a message of racial tolerance. One of his best.

I’m really looking forward to this. Highly recommended if you don’t have ’em elsewhere.