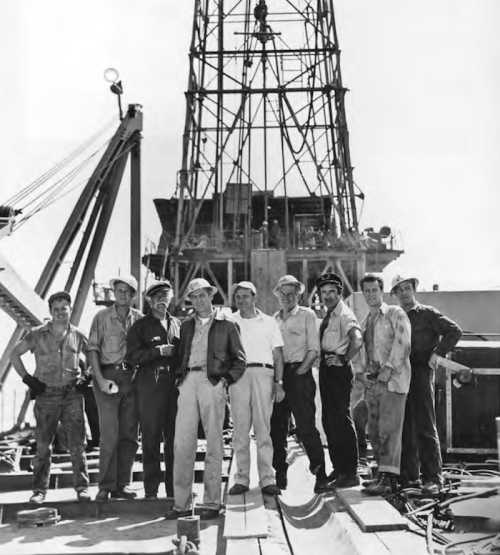 Jimmy Stewart, surely one of the greatest movie actors of all time, was born 111 years ago today.

Having just finished a commentary for Kino Lorber’s upcoming Blu-Ray of Anthony Mann’s Thunder Bay (1953), and Bend Of The River before that, I’ve been marveling at Stewart’s craft — over and over again. Nobody underplays quite like he does, and nobody uses their own personal quirks to such a huge advantage.

But, of course, it doesn’t stop at the movies. Stewart also flew in the Air Force during World War II and beyond — something he rarely spoke about, and never waved around to bring attention to himself. They guy was a real national treasure. 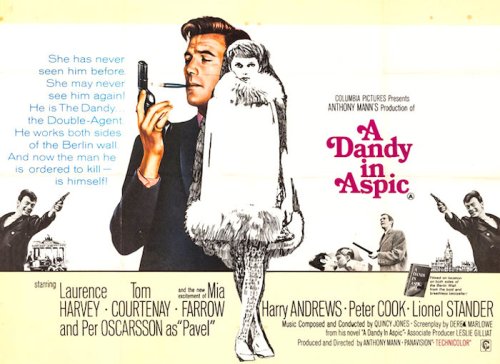 If you like your international intrigue filled with miniskirts, Walther PPKs and loads of Cold War paranoia, then this Mill Creek set is for you. Cold War Thrillers brings six 60s spy movies in from the cold — at a price even cash-strapped socialist nations can afford. 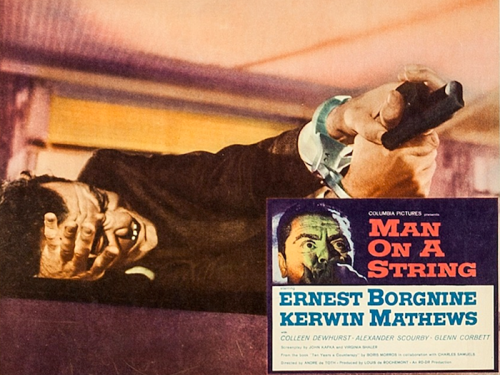 Ernest Borgnine stars in this 1960 spy picture based on the life (and autobiography, Ten Years A Counterspy) of Boris Morros, a Russian-born musical director in Hollywood (John Ford’s Stagecoach, 1939) who was first a Russian spy, then a counterspy for the FBI. Andre de Toth focuses on the double-crosses that stack up like cordwood. 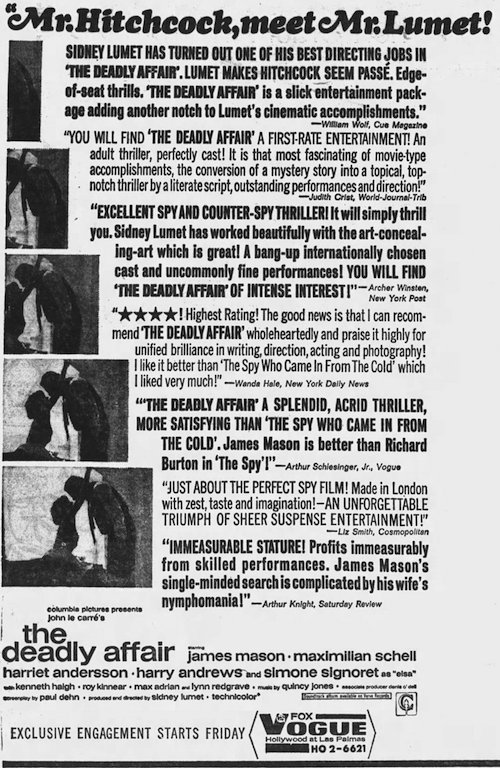 Sidney Lumet directs a picture from a book by John Le Carré, with James Mason in the lead. How can it miss? It doesn’t . 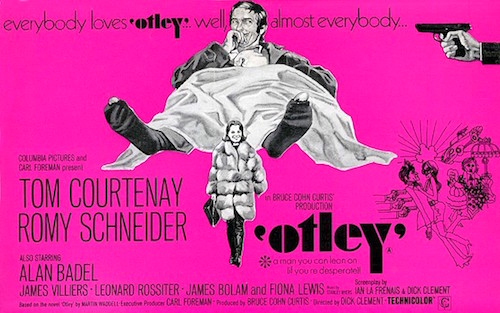 Tom Courtenay is mistaken for a spy and murderer in swinging London. 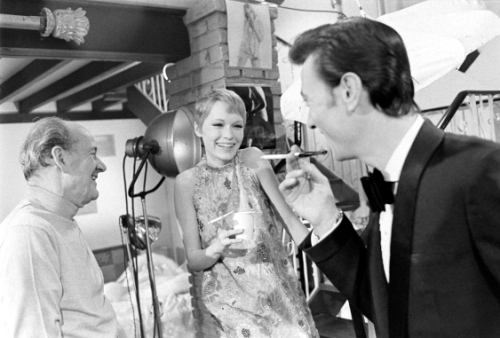 Anthony Mann, Mia Farrow and Laurence Harvey on the set of A Dandy In Aspic

While shooting this in Berlin, Anthony Mann had a heart attack and died. Laurence Harvey climbed into the director’s chair and finished it. It’s a solid spy picture  with Mann’s incredible use of Panavision giving it a real edge. 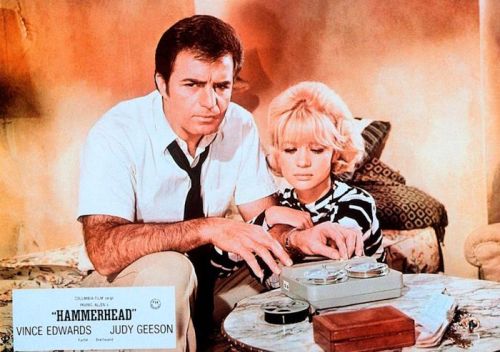 This is one I’ve been wanting to see for some time. The cast is great and David Miller’s usually worth paying attention to — after all, he did Flying Tigers (1942) and Lonely Are The Brave (1962). 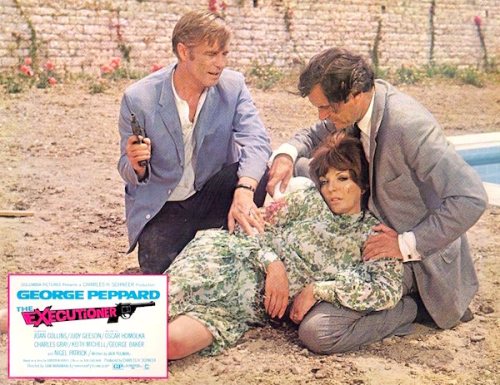 Here’s Judy Geeson again, this time with George Peppard in a spy picture packed with maybe too many double-crosses.

Open up a newspaper from 1966, and you’ll see there are enough 60s spy movies (or James Bond ripoffs) to do several volumes of these things. Which would be fine with me. 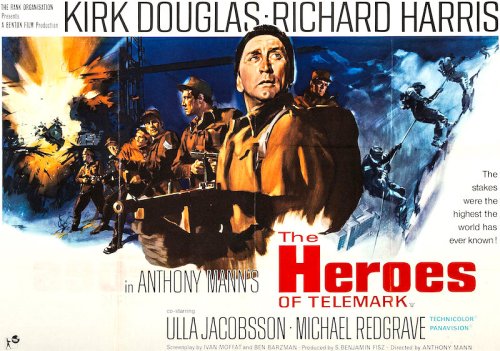 Anthony Mann’s next-to-last movie, The Heroes Of Telemark (1965) is a based-on-fact secret-mission-in-the-snow picture in the Where Eagles Dare (1969) vein. It’s quite good — and it’ll certainly benefit from the leap to Blu-Ray. The skiing sequences, with Olympic ski coach Helge Stoylen and his students serving as camera operators, are terrific.

Sony has recently announced that it’s coming. Perfect for some snowy night around the fire. 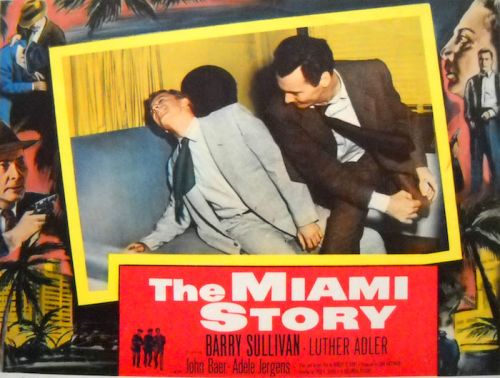 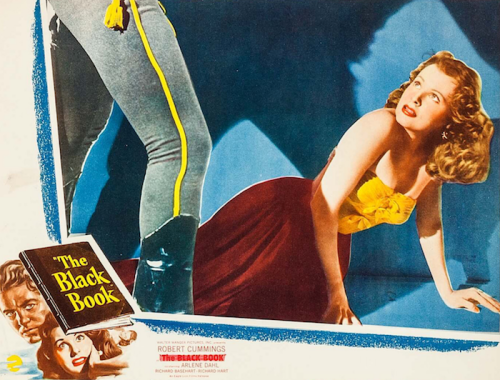 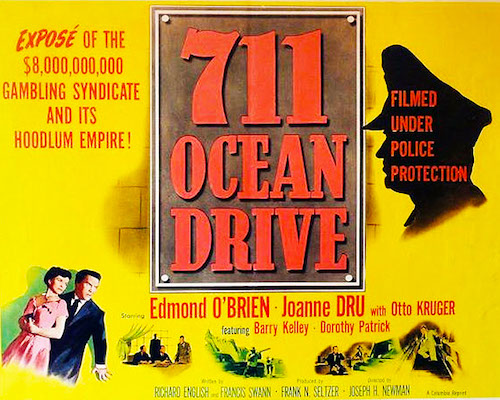 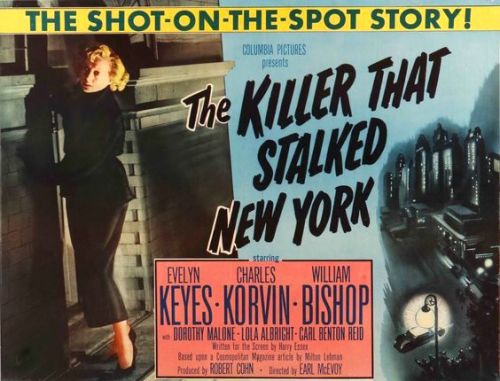 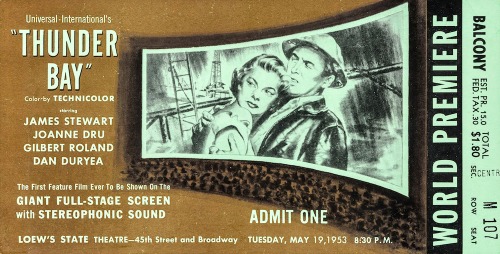 Always liked Thunder Bay (1953), and I’m a bit embarrassed to admit that all its technical stuff is where a lot of my enthusiasm comes from. It was shot for 1.37, but Universal-International made it their first widescreen film — cropping it to 1.85, giving it stereophonic sound and making a very big deal about it all.

It’s turned up on DVD in various parts of the world in both 1.37 and widescreen. Not sure how the upcoming Kino Lorber Blu-Ray will be presented, but one thing’s for sure — I’m working a commentary for it. They’ve got it listed as an “early 2019” release. 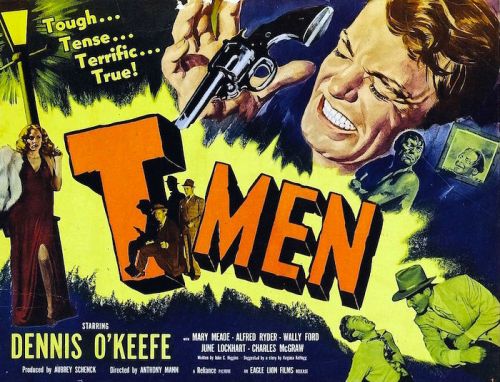 I’m so glad Classicflix is spiffing up Anthony Mann’s T-Men (1947) for Blu-Ray. It’s one of the most visually striking pictures of the 40s, thanks to the great John Alton. I can’t wait to see his shadows in high definition. 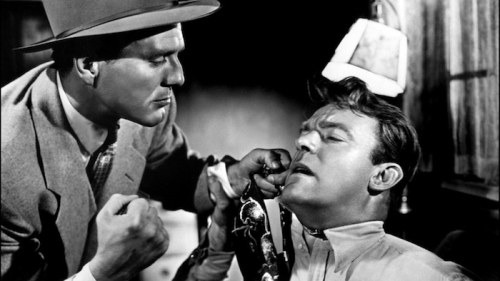 Dennis O’Keefe and Alfred Ryder are treasury agents trying to bust up a counterfeit ring, and they end up trying to infiltrate the Detroit mob. Mann gets things to a full boil almost immediately, and we spend the rest of the hour and a half wondering when it’s all gonna blow apart — and how little of the cast will still be alive.

Anthony Mann: “This is what I really call my first film. I was responsible for its story, for its structure, its characters and for actually making it.  This was my first real break towards being able to make films the way I wanted.”

Mann and Alton’s use of LA and Detroit locations and their overall documentary-style treatment really add to the realism and tension of the whole thing. Oh, and did I mention it’s got Charles McGraw, Wallace Ford and Frank Ferguson in it? This movie’s absolutely essential.

Ernest Borgnine stars in this 1960 spy picture based on the life (and autobiography, Ten Years A Counterspy) of Boris Morros, a Russian-born musical director in Hollywood (John Ford’s Stagecoach, 1939) who was first a Russian spy, then a counterspy for the FBI.

Man On A String is given a gritty, documentary-style treatment by director Andre de Toth, who focuses on the double-crosses that stack up like cordwood. It’s coming to DVD from Mill Creek Entertainment in a four-picture “Soviet Spies” set that also includes Anthony Mann’s last film, A Dandy In Aspic (1968). These two films are well worth the $14.98 price tag. It’s great to see de Toth’s work show up on DVD or Blu-Ray. Recommended.