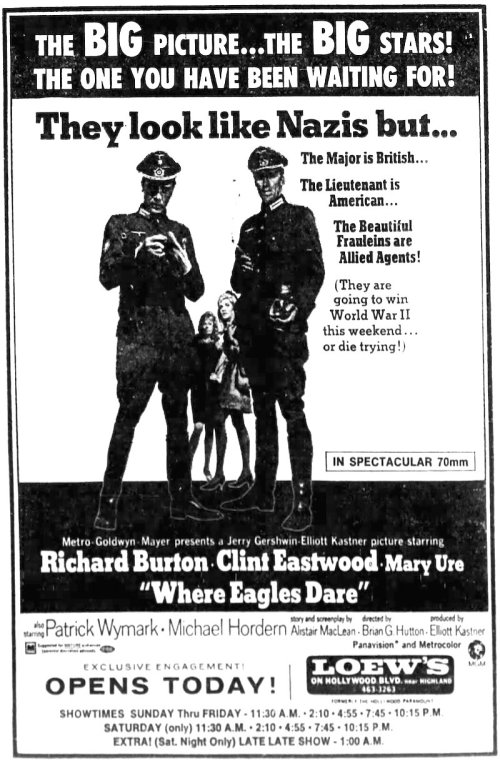 They say 70mm prints of Where Eagles Dare (1969) were in stereo, while 35mm prints were mono. Not sure if that’s true. However, one thing is certain — the stereo sound on the laserdisc (which includes the intermission) is much better than the Blu-Ray. The Blu-Ray looks wonderful, thankfully. 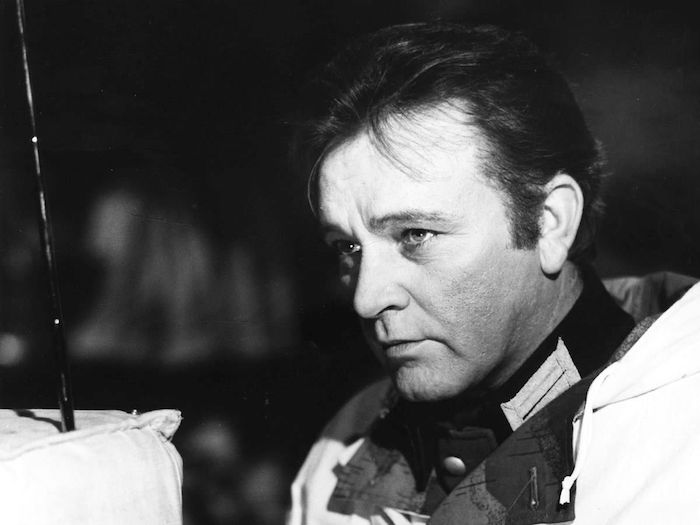 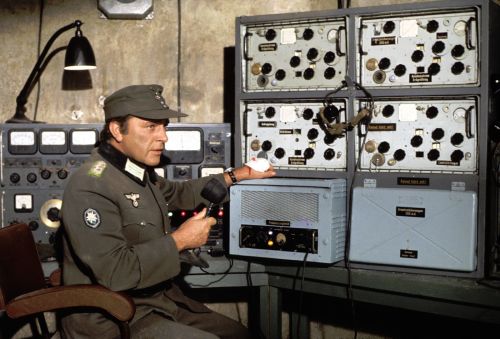 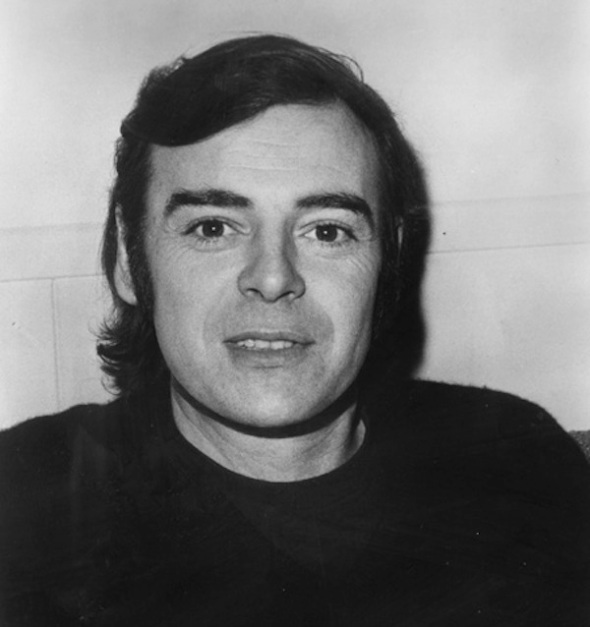 As an actor, Brian G. Hutton appeared in a couple of outstanding Fifties Westerns, Gunfight At The O.K. Corrall (1957) and Last Train From Gun Hill (1959). About 10 years later, he directed my all-time favorite movie, Where Eagles Dare (1969). I hate to report that he’s passed away at 79.

Hutton never had many nice things to say about his films, and he didn’t like dealing with studio suits. So, he walked away from movies in the Eighties and got into real estate.

As a kid, I was completely obsessed with Where Eagles Dare and have seen it over a hundred times (slightly embarrassed to say I stopped counting at 100, decades ago). I always hoped to have a chance to thank Mr. Hutton for the hours upon hours of enjoyment I’ve gotten from his work. If you haven’t seen it, the last 45 minutes or so—from the intermission to the end credits, play out as an extended, perfectly-orchestrated series of action sequences (courtesy of 2nd unit director Yakima Canutt) as Richard Burton, Clint Eastwood, Mary Ure and Ingrid Pitt try to create enough mayhem to escape the few Nazis they haven’t already killed. It’s terrific.

Thanks Stephen for the news. 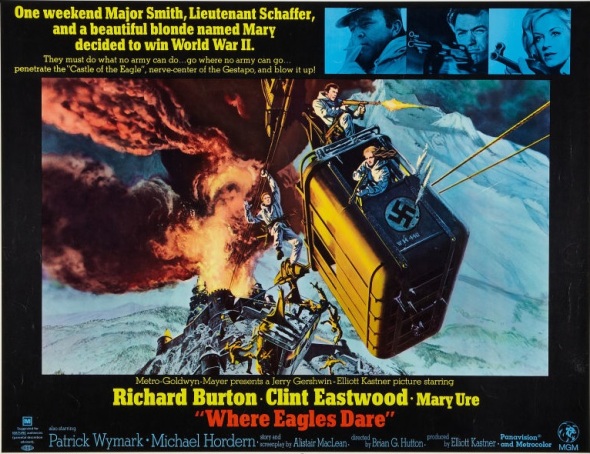