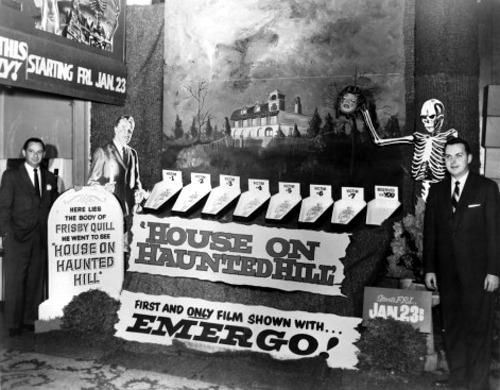 These guys knew what they were doing, and were clearly using the William Castle playbook, when they promoted the hell out of his House On Haunted Hill (1959).

If I’d happened upon this display as a kid, my mom couldn’t have drug me away from that spot.

A Million Feet Of Film: The Making Of One-Eyed Jacks.

A Million Feet Of Film: The Making Of One-Eyed Jacks is the story of Marlon Brando’s One-Eyed Jacks, his first, and only, time as director and a picture that may be better known for its troubled production than its merits as a film.

More than three years from contracts to premiere. Six months of shooting. Almost 200 miles of negative exposed. A revolving door of personnel, including Rod Serling, Sam Peckinpah and Stanley Kubrick — all gone before the first frame was shot. A budget that ballooned from $1.8 million to $6 million. And the eventual takeover of the film by Paramount. Click the cover to order.

I don’t mean for this to sound negative, but The Great Northfield, Minnesota Raid (1972) is one of the few so-called Revisionist Westerns I really like.  From the great cast to the narration from Paul Frees to Bruce Surtees’ terrific camerawork, it’s a picture that really clicks for me.

Shout Factory’s upcoming Blu-Ray should be a real treat. The film deserves it.

Here’s a couple things I’ve been waiting for — the two Carl Kolchak TV movies coming to DVD and Blu-Ray from 4K scans!

Both Kolchak films come for that Golden Age of TV movies, when ABC was offering up masterpieces like these, Spielberg’s Duel (1971) or The Legend Of Lizzie Borden (1974). But, really, when you have Darren McGavin spouting words from Richard Matheson, how could they be less than terrific? And look at the rest of these casts?

This Night Stalker (1972) — with newsman Carl Kolchak tracking down a vampire in Las Vegas while writing a story on a series of mysterious killings — scared me as a kid. Bad. But I loved every second of it. 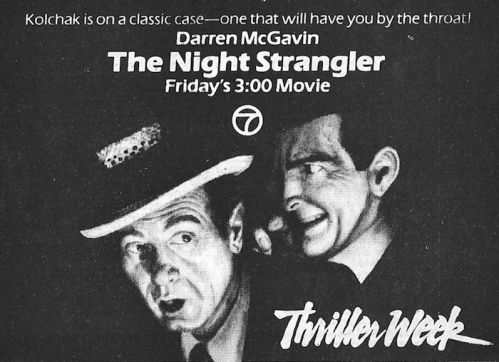 For me, The Night Strangler (1973) — with a doctor killing to create another batch of his immortality elixir — was less scary, but more creepy. I loved it, too.

Next came the series, with the episode “The Zombie” being one of the scariest things I ever experienced growing up. Remember the zombie sleeping in the back of the hearse in the junkyard? And while the quality of the shows was pretty hit or miss, Darren McGavin is so perfect, he carries the show on his back every week without even trying. It was such a drag in my 11-year-old world when it wasn’t renewed.

The old twin-bill DVDs of these things, from Anchor Bay and MGM, were fine. But new 4K transfers, and stand-alone releases, are gonna be terrific. (Would love to have both the original broadcast (74 minutes each) and extended versions.) My porkpie hat, tape recorder and I cannot wait! 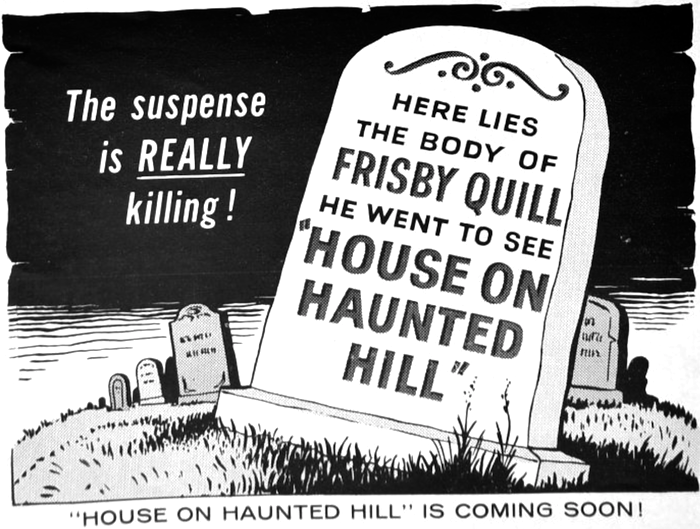 The Graham Cinema in nearby Graham, North Carolina, is one of my favorite places to see a movie. So imagine how excited I was to find out one of my all-time favorites films, William Castle’s House On Haunted Hill (1959), will be playing there Friday night, October 20, at 11:30.

William Castle. Vincent Price. Robb White. Elisha Cook, Jr. Emergo. Even the Ennis House, designed by Frank Lloyd Wright (and just up the street from the infamous Ackermansion). There are a million reasons why this movie’s so wonderful. 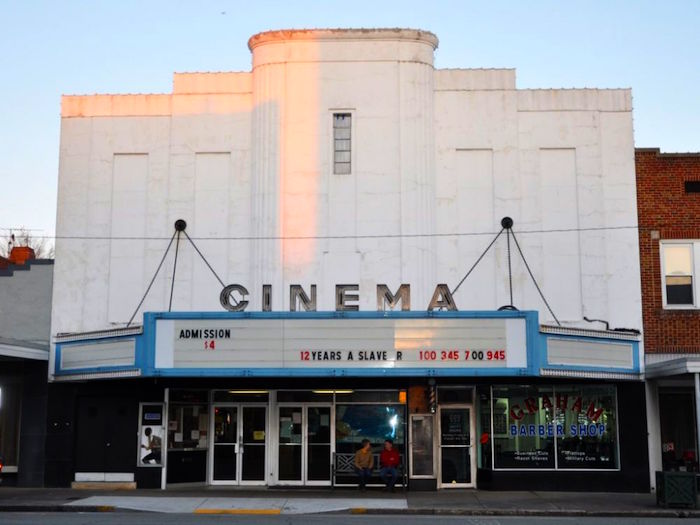 Admission’s just $2 and benefits the Shriners Hospital For Children. If you’ve never been to the Graham Cinema, you owe it to yourself to check it out. And of you’ve never seen House On Haunted Hill, I pity you. I really do.

UPDATE: I get the supreme honor of introducing the movie Friday night.

Thanks to my daughter Presley for the tip.

It’s the first film based on a Mickey Spillane/Mike Hammer book. It was in 3-D, shot by the great John Alton. And it’s got a terrific cast: Peggie Castle, Margaret Sheridan (so great in The Thing), Elisha Cook, Jr.

The word on the street is that it’s being prepped for a Blu-Ray release. That’s great news. Wonder if they’ve found the stereo tracks?