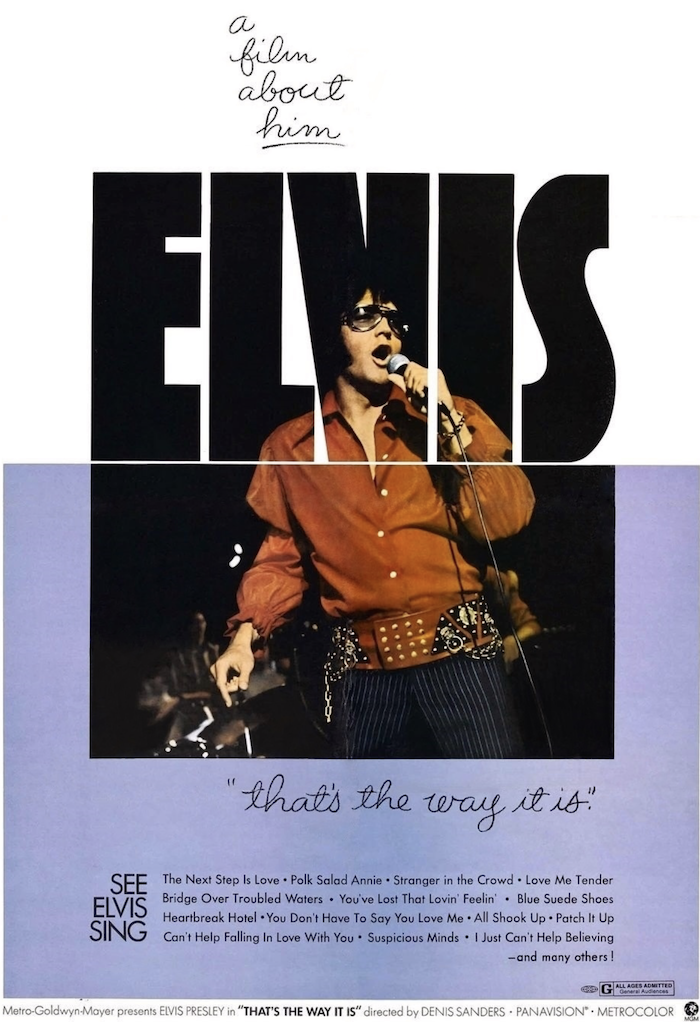 Warner Archive is bringing back a very cool thing — the original theatrical cut of the Elvis concert movie That’s The Way It Is (1970) on DVD and the 2001 re-edited “Special Edition” on Blu-Ray. This twin-pack came out in 2014 and has been missing for quite a while. 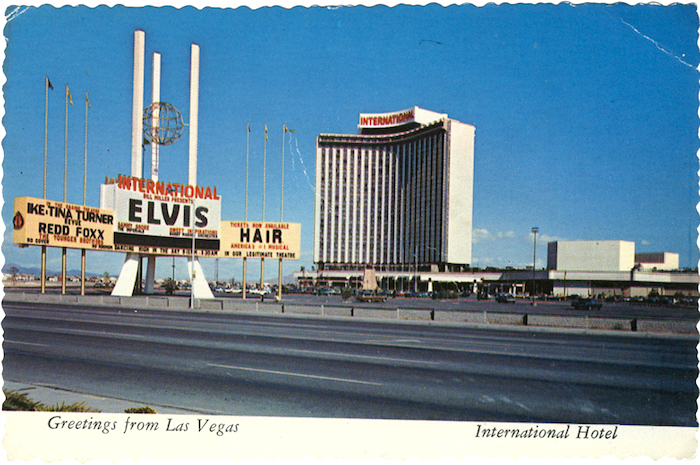 The 1970 theatrical film plays like a documentary, covering the rehearsals and buildup to Elvis’ return to live performance at the International Hotel in Las Vegas (in August of 1970), while the 2001 cut is more of a straight-up concert movie. Both are terrific — Elvis was at the top of his game, his TCB band was incredible and it was all captured in Panavision by the great DP Lucien Ballard, in-between Sam Peckinpah movies.

Highly, highly recommended. (My wife and I named our daughter Presley, which might indicate a bit of a bias where Elvis is concerned.) 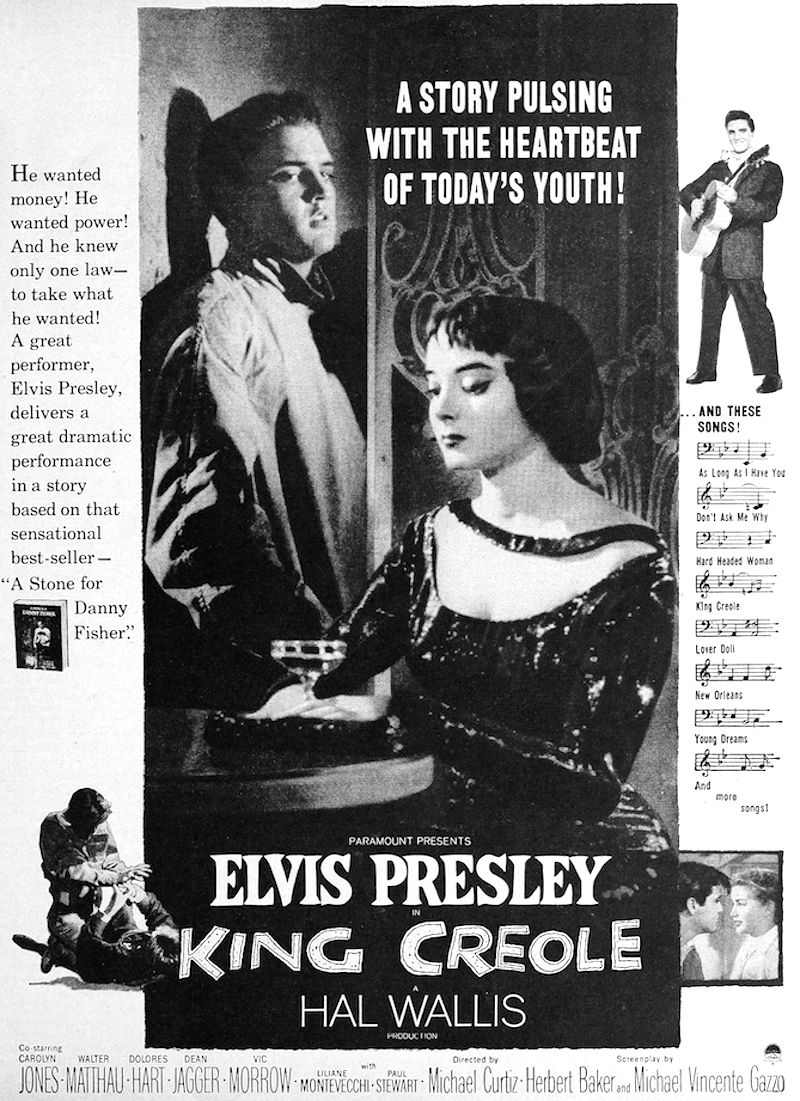 Paramount has announced “Paramount Presents,” a new line of Blu-Ray releases and limited theatrical runs. Along with Hitchcock’s To Catch A Thief (1957), they’ll be launching the line with King Creole (1958). One of Elvis’ better films, with one of his best performances (I’d say Flaming Star is his best), King Creole should make for a terrific Blu-Ray. It’s for a great cast — Carolyn Jones, Walter Matthau are both excellent, good songs (“Hard Headed Woman” is awesome) and fabulous B&W cinematography from Russell Harlan.

They’re promising deluxe packaging and a slew of extras. Watch for ’em in April. 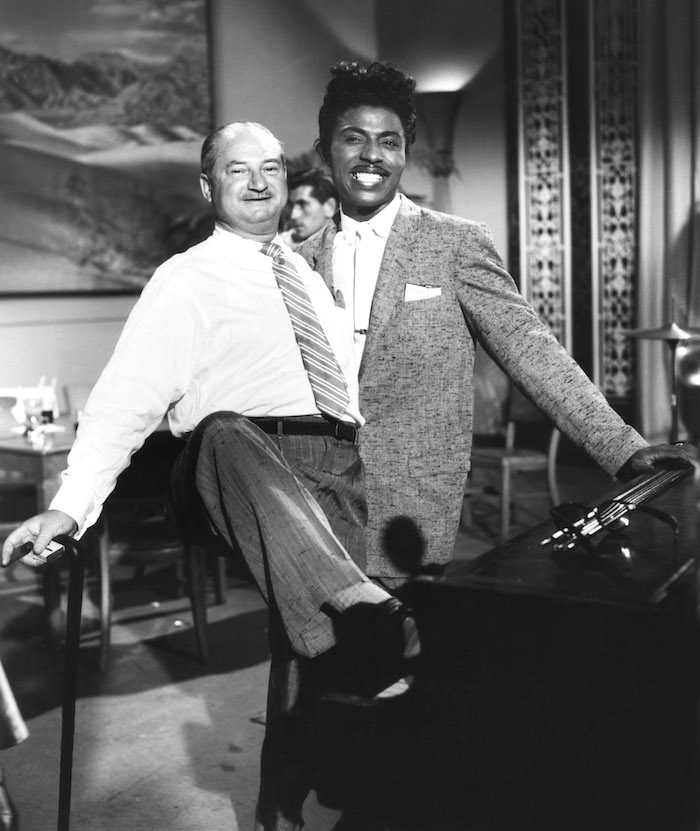 Here’s producer Sam Katzman with Little Richard on the set of Don’t Knock The Rock (1956). It’s a Rock N Roll picture directed by Fred F. Sears. Little Richard does “Long Tall Sally” and “Tutti-Frutti” in it. You need to see it.

Sam Katzman was born on this day back in 1901. As a little kid, I noticed that his name turned up in the credits of a whole lot of movies I really liked. And for all the joy his cheap little pictures have given the world — everything from the Batman serial to the Jungle Jim movies to The Werewolf (1956) to Harum Scarum (1965) with Elvis, he should have a postage stamp, a national holiday, something. He sure made my world a better place.

Incidentally, today is Fred F. Sears’ birthday, too. Wonder if a great big birthday cake was ever shared on the Columbia lot? 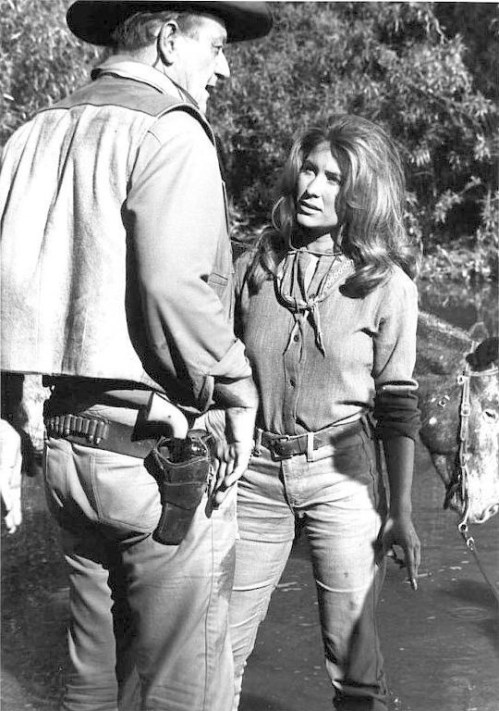 Just saw that Michele Carey has passed away. She didn’t make many movies, but when you’ve worked with John Wayne, Howard Hawks and Robert Mitchum (El Dorado, 1967) and Elvis (Live A Little, Love A Little, 1968), not to mention Frank Sinatra (Dirty Dingus Magee, 1970) — what else do you need? Oh, and then there’s How To Stuff A Wild Bikini (1965).

She’s terrific in El Dorado — everyone is. She holds her own up against some real heavyweights, in a movie that relied on Hawks’ typical rambling, improvisational tone. That’s no small task. 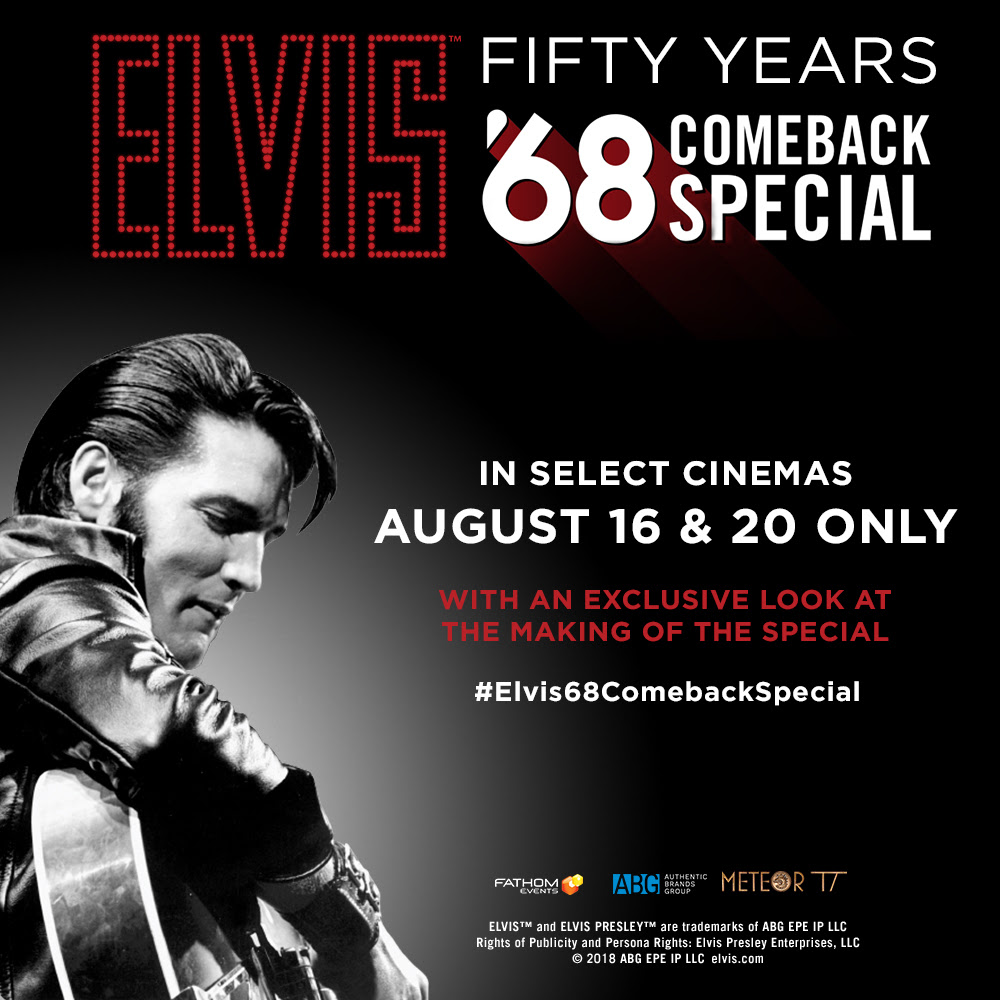 It’s been 50 years since Elvis made his stunning “Comeback Special” — a long, long way from the Christmas special that was the original plan. If you haven’t seen it, I feel sorry for ya.

But all is not lost. It’s being shown in theaters to mark the anniversary. Click the King to find out more. 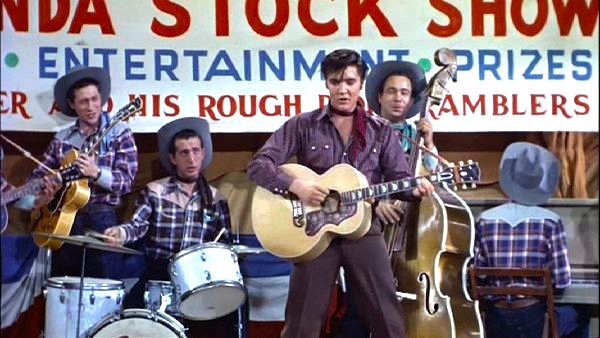 Elvis’ drummer D.J. Fontana has passed away at 87. He was the last of the Blue Moon Boys. 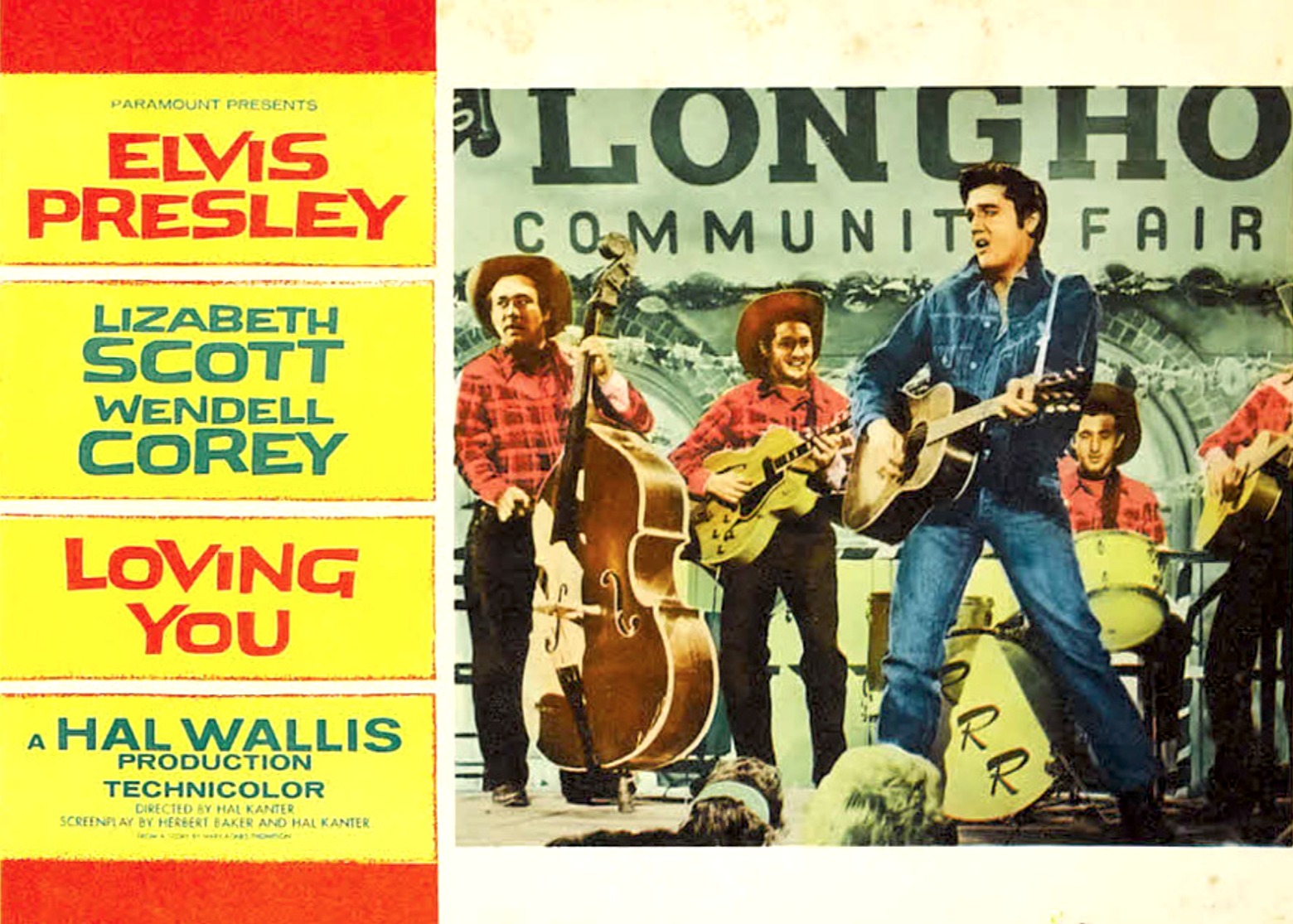 To see these guys tearing it up in Technicolor and VistaVision (shot by the great Charles Lang, Jr.) is really something to behold. Elvis even drives a really cool 1929 Ford hot rod (mounted on a ’32 frame). This movie’s got everything. 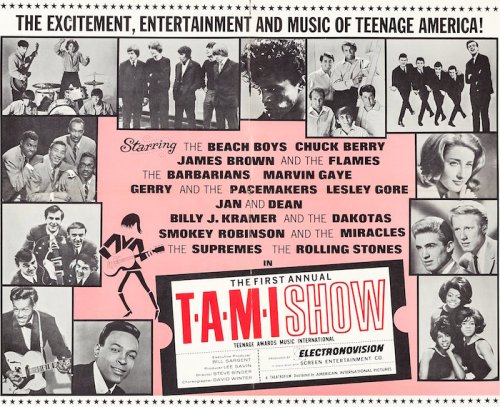 Shout Factory has announced a twin-bill Blu-Ray of two of the greatest concert films ever made: The T.A.M.I. Show (1964) and The Big T.N.T. Show (1966). Both were shot on videotape and transferred to 35mm for theatrical release by American International. In the 50s and 60s, AIP really had the teenager scene locked down, didn’t they?

The T.A.M.I. Show features The Beach Boys (whose performance was edited out for years), Chuck Berry, James Brown, The Rolling Stones, The Supremes and Jan And Dean (who emcee the event). It was directed by Steve Binder, who also gave us Elvis’ ’68 Comeback Special.

1966’s The Big T.N.T. Show follows the same basic format as The T.A.M.I. Show. Some say the lineup of acts isn’t as good as the first film, but with The Byrds, Roger Miller, Ray Charles and Bo Diddley on hand, I ain’t complaining. Oh, and Frank Zappa can be spotted in the audience!

I’ve always been impressed by how good these look, given they began as 1960s videotape, and am looking forward to the Blu-Ray. Essential stuff. 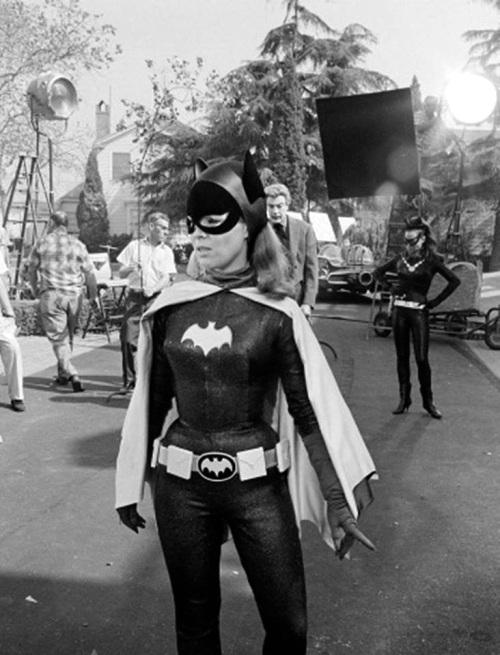 Yvonne Craig, who was so cool as Batgirl in the Batman TV show’s third season, has passed away. She was also in a couple Elvis movies (It Happened At The World’s Fair and Kissin’ Cousins) and Our Man Flint (1966) — along with episodes of The Man From UNCLE and Star Trek. She pretty much had 1960s popular culture wrapped up.

You can see her here on the Batman set, with Cesar Romero as the Joker and Eartha Kitt as Catwoman behind her. The Batmobile’s back there, too.