Bring on the AIP and Corman! Second Sight out of the UK has announced a Blu-Ray release of Roger Corman’s X – The Man With The X-Ray Eyes (1963). It’s a terrific movie that does wonders with its small budget (you could say that about most Corman movies, I guess).

Ray Milland is researching ways to boost man’s eyesight, who in typical horror movie fashion, tries his serum out on himself — with the usual results.

One of Corman’s best, with outstanding camerawork from the great Floyd Crosby. And Milland is really, really good. Highly recommended. 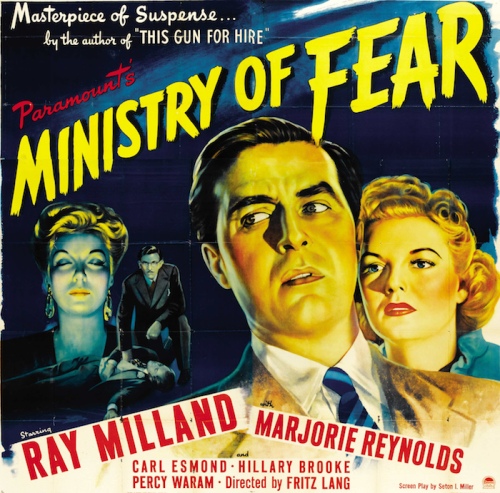 There’s something subversive about Fritz Lang’s movies. Maybe subversive isn’t quite the word. As brilliant as they are, and as polished as they might seem, there’s a B Movie vibe running through a lot of them. Stuff like Western Union (1941), Rancho Notorious (1952) and The Big Heat (1953) are like Republic or Monogram pictures with a much bigger budget, while The Testament Of Dr. Mabuse (1933) feels like an art-house Republic serial. (Goebbels had Mabuse banned in Nazi Germany, so it’s got that going for it. Of course, we can thank the Nazis for sending Lang our way in the first place.) 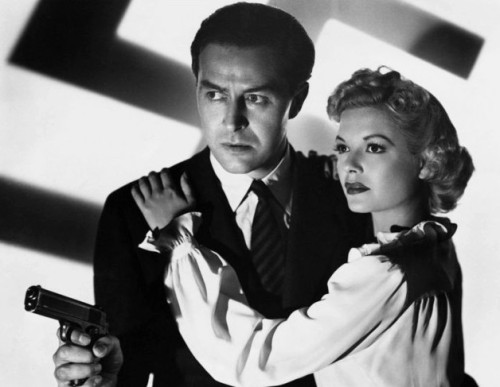 Ministry Of Fear (1944) finds Lang in fine form, turning Graham Greene’s novel into a noir-ish study in paranoia. Ray Milland leaves the nuthouse and is plunged right in the middle of a web of Nazi intrigue. This is the kind of stuff Lang was so good at, offering up one cool sequence after another. I love his American films!

Along with Milland, this one’s got a few of my favorites in it: Dan Duryea (king of the bad guys), Hillary Brooke (who was great on The Abbott & Costello Show) and Alan Napier (Alfred on the Batman TV show).

Anyway, Ministry Of Fear is making its way to Blu-Ray from Powerhouse in the UK in August. Henry Sharp’s cinematography deserves the boost in definition. 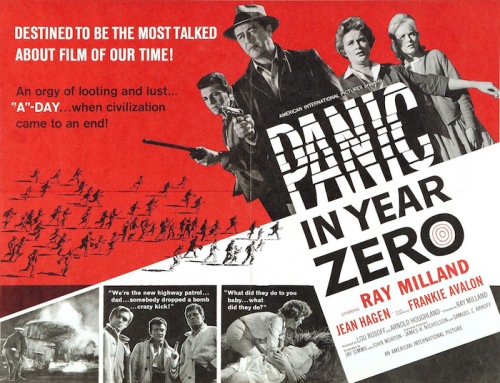 Ray Milland directed this AIP picture about a family that’s on a camping trip when an atomic bomb is dropped on L.A. They end up having to take on all sorts of human vermin as society begins to fall apart. If there’s a moral to the story, it might be to be sure to take a shotgun along on a camping trip.

Panic In Year Zero! (1962) is in black and white ‘Scope, features a score by Les Baxter and was shot at the Iverson Ranch — no wonder I’ve always had a soft spot for it. It was sometimes paired with Roger Corman’s Tales Of Terror (1962).

Kino Lorber has announced it for Blu-ray release in early 2016 — if mankind lasts that long! 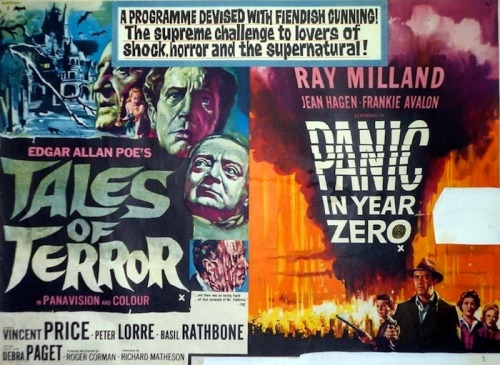