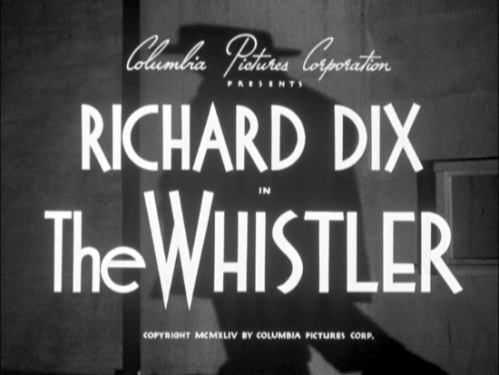 Columbia’s The Whistler series. Some of the best cheap movies ever made. Some of William Castle’s finest work. And now one of the greatest DVD sets to come out in a long, long time.

Castle’s second film as director, The Whistler (1944) is a tight little mini-noir that put him on the B-movie map. It was a hit for Columbia Pictures and spawned an eight-picture series that’s been on collectors’ Want Lists for decades. They were available through Sony’s on-demand program, but $20 each was pretty steep. 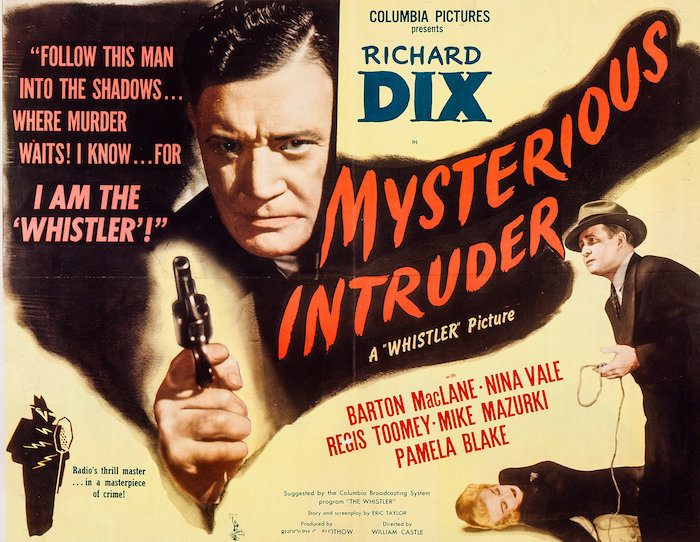 Based on the popular CBS radio program, each Whistler movie is a stand-alone story, with Richard Dix starring in all but the last one. He’s a different character every time — sometimes a good guy, sometimes a bad guy.

This Critics’ Choice Collection gives you all of the series, except for Mark Of The Whistler (1944), the second picture in the series. Hate this it’s missing, but this is essential, people!

Thanks to Kevin Deany for the news.