While researching something completely unrelated, I came across this ad for a double feature of Hercules (1958) and Hercules Unchained (1959) playing a number of theaters in New York in February 1975, including the UA Rivoli, which was one of the only Dimension 150 houses around.

Seeing those great Steve Reeves peplum films, shot by Mario Bava in ‘Scope, on that deep curved Dimension 150 screen must’ve really been something.

By the way, the Rivoli ran Jaws that summer, which would’ve been cool on that curved screen. 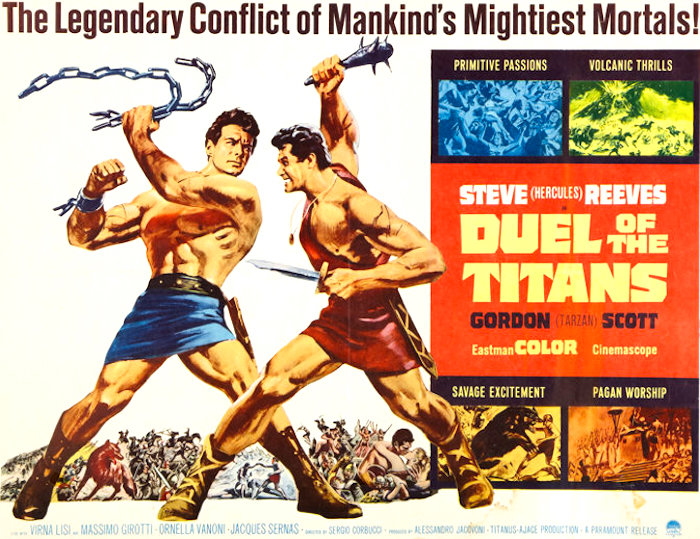