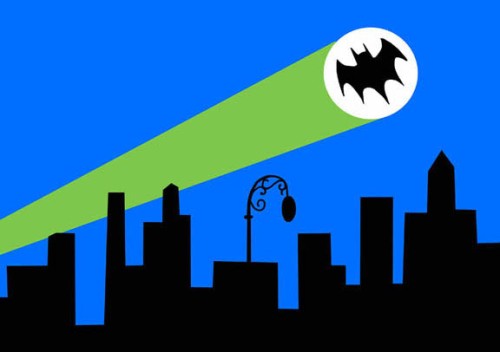 Just when it seems that everything’s gone Wrong in this world, something comes along that is 100% completely Right.

If I had a stash of frequent flyer miles, my family and I would be there for sure.

UPDATE: Here’s a photo of the real thing.

To me, Adam West is a big part of summer. Growing up, we typically spent the summer at my grandparents’ place in Texas. It was always a great time, with a particular benefit being that one of their local TV stations (out of either Dallas or Abilene, I guess) ran Batman every afternoon. Our Raleigh stations weren’t hip enough for it. I always looked forward to those few weeks of Batman. The chance to watch the Caped Crusader was a real treat, something special, and it still feels that way today.

Like so many other kids, to me, Batman was high adventure, not high camp. And as I got older and got the joke, I appreciated it all even more. Especially the fine work of Mr. West. The success of the whole enterprise rested on his shoulders. The colors, the camera angles, the sets, the cliffhangers — none of it mattered if he didn’t pull off his part of the whole affair. He was perfect and he’ll be missed.

Batman (Adam West, from the ’66 Batman feature): “Let’s go, but, inconspicuously, through the window… Our job is finished.”

How do you save Hollywood circa 2016? Pretend it’s still 1966. With the animated Batman: Return Of The Caped Crusaders (2016), Adam West, Burt Ward and Julie Newmar are back as Batman, Robin and Catwoman.

It’ll be out on DVD and Blu-ray in November. Can’t wait.