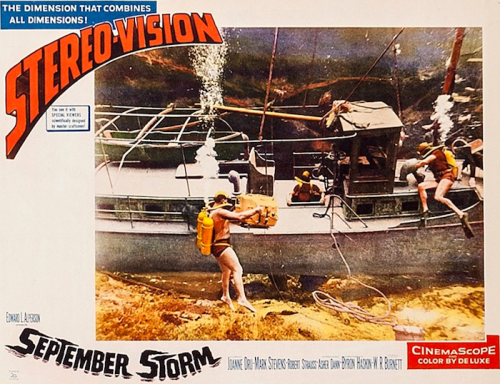 The fine folks at The 3-D Film Archive have a Kickstarter campaign going to restore September Storm (1960), the only film shot in both 3-D and CinemaScope. 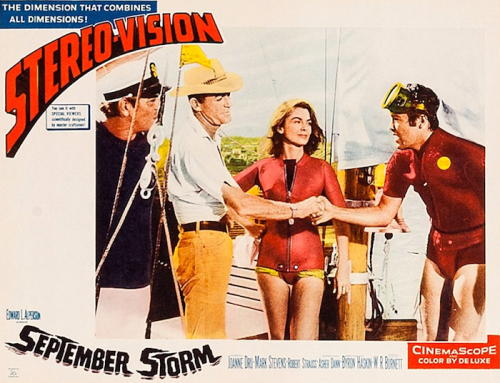 It was directed by Byron Haskin (War Of The Worlds, 1953) and stars Joanne Dru (Red River, Wagon Master) and Mark Stevens (Cry Vengeance, Gunsmoke In Tucson). The project’s 3/4 funded. Let’s help ’em finish it up.