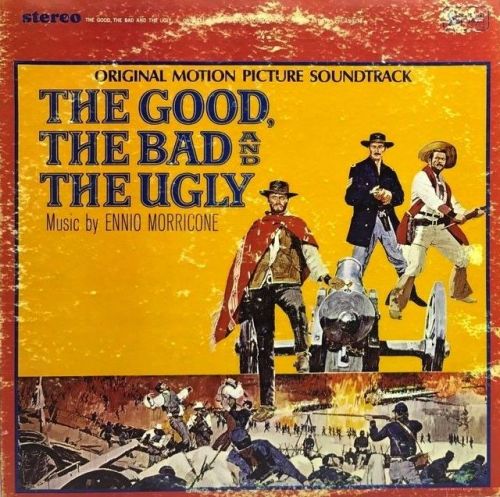 The great composer Ennio Morricone has passed away at 91. Among his many terrific scores was the one for Sergio Leone’s The Good, The Bad And The Ugly (1966).

Without his music, would spaghetti Westerns have been as impactful as they were?

His work that comes to mind with this news is Mario Bava’s Danger: Diabolik (1967).

You can have all 57 Avengers movies and those new Batman and Joker things. Mario Bava’s Danger: Diabolik (1968) is the best comic book movie ever made. And it’s a Blu-Ray folks (including me) have been screaming for for years.

Shout Factory is bringing Danger: Diabolik to high definition in May — and at this time, the specs haven’t been announced. There’s been some controversy over the years about the two different English dubs, so it’ll be interesting to see what they wind up with. But one thing’s for sure, Bava’s incredible use of color and whacked-out camera angles, along with Ennio Morricone’s fuzzed-out score, will be well-served on Blu-Ray. Highly, highly recommended.

Why take my word for it? A more qualified movie expert, Glen Erickson of CinemaSavant, is just as nuts over this thing as I am. 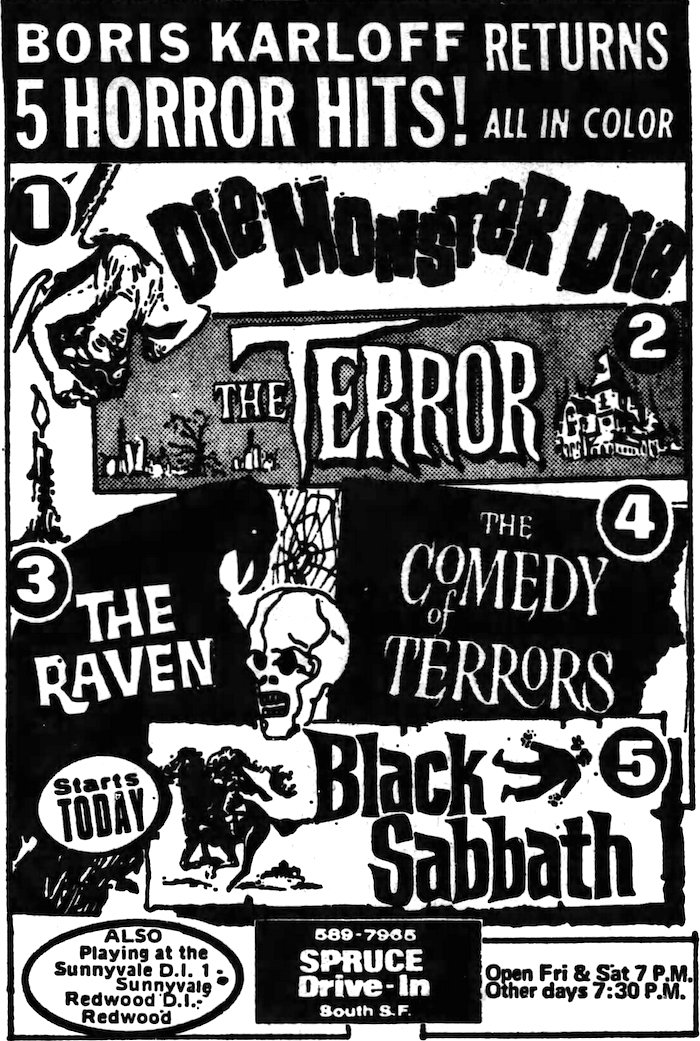 Here’s a perfect way to celebrate the great Boris Karloff — stay up all night watching a slew of his movies.

Nobody can elevate a cheap movie quite like Mario Bava, and for my money, his Hercules In The Haunted World (1961) is the best of the peplum movies. And Kino Lorber is elevating the whole thing with this two-disc set — you get the European, the UK and the US versions (three, count em!), restored from the camera negative. There’s a commentary from Tim Lucas, an interview and trailers. And it’s all coming in October. Can’t wait.

Directed by Mario Bava
Starring Cameron Mitchell, Eva Bartok, Paul Frees, 30 of the most glamorous girls in the world

VCI is bringing Mario Bava’s Blood And Black Lace (1964) to Blu-Ray here in the States with a slew of extras, some of them carried over from VCI’s previous DVD.

This picture is worthwhile for Bava’s use of color alone. Then consider that the whole thing was done for about $150,000. It’s really incredible.

This is one of the great Paul Frees’ finest hours, as he provided most of the male voices for the English-dubbed version. 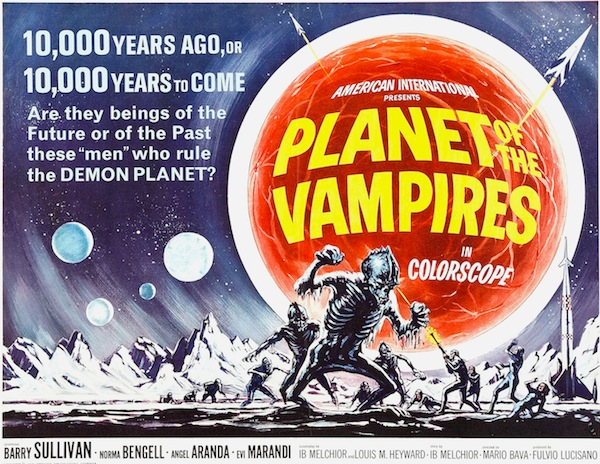 Halloween’s always a great time of year for video-collecting horror and science fiction fans. This year is no exception. Added to a release roster that already includes The Legend Of Hell House (1973) comes Mario Bava’s supremely creepy sci-fi movie Planet Of The Vampires (1965), on Blu-ray and DVD from Kino Lorber.

Italian science fiction films, to me anyway, never seem to make any sense. Ever see Wild Wild Planet (1965)? This one, written by Ib Melchior, has a bit more going for it than most, script-wise. But it’s always Bava’s visuals we’re concerned about, and Planet Of The Vampires doesn’t disappoint. This thing’s got enough style and atmosphere (and fog) for 20 movies (and oddly enough, no vampires). I see a lot of this film’s influence in Alien (1979), with a heavy dose of It! The Terror From Beyond Space (1957) thrown in.

VHS copies in the Eighties replaced the original score with some dreadful synthesizer stuff. The MGM DVD restored the original music featured in the Italian and AIP versions. Can’t wait to see what Kino Lorber offers up. Highly recommended.