Roger Moore made some really interesting films in the late 70s and early 80s — maybe out of guilt after appearing in Moonraker (1979). Andrew V. McLaglen’s ffolkes (1980, North Sea Highjack in the UK) is one of the better ones. (I’m also a big fan of 1978’s The Wild Geese.) Kino Lorber is bringing ffolkes to Blu-Ray, which I’m sure will make plenty of people very happy indeed.

With ffolkes, Moore gets to poke fun at the Bond thing — he’s an eccentric, bearded cat-loving terrorism expert instead of a suave playboy secret agent. He’s got a great cast along for the fun, too: James Mason, Anthony Perkins, Jack Watson, even Brooks Williams — who’s in a couple of my favorites, The Plague Of The Zombies (1966) and Where Eagles Dare (1969).

This is one of those movies where it looks like everyone was having a good time. It’s an under-seen gem. Highly recommended.

One final thing. The US poster for ffolkes is brilliant, with Bond artist Robert McGinnis spoofing his work for Diamonds Are Forever (1971). 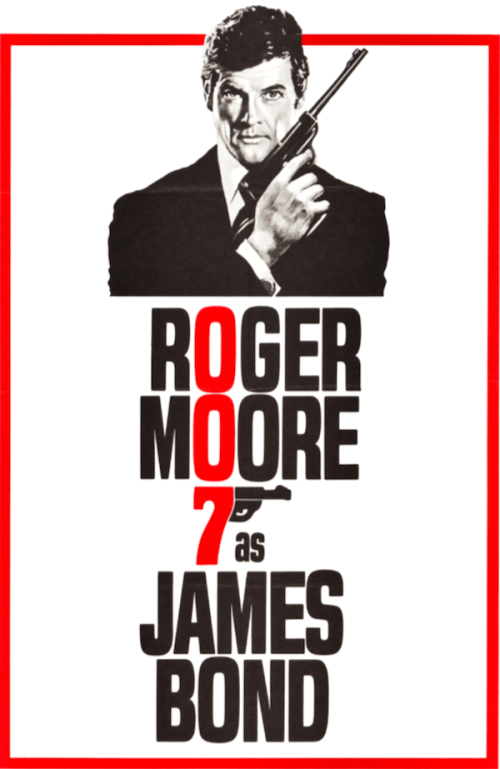 Sir Roger Moore, who played James Bond throughout the 70s and 80s — and who did a lot of great work for UNICEF, has passed away at 89.

He took over the role of 007 after Sean Connery got sick of it, adding his own tongue-in-cheek flavor to the series. Live And Let Die (1973) was his first Bond movie. Mine, too. And his passing feels like the end of an era.

Of course, Moore’d been on Maverick and The Saint and many other things. He came across as so likable, no matter what he was doing. I really enjoyed Shout At The Devil (1976) and The Wild Geese (1978).