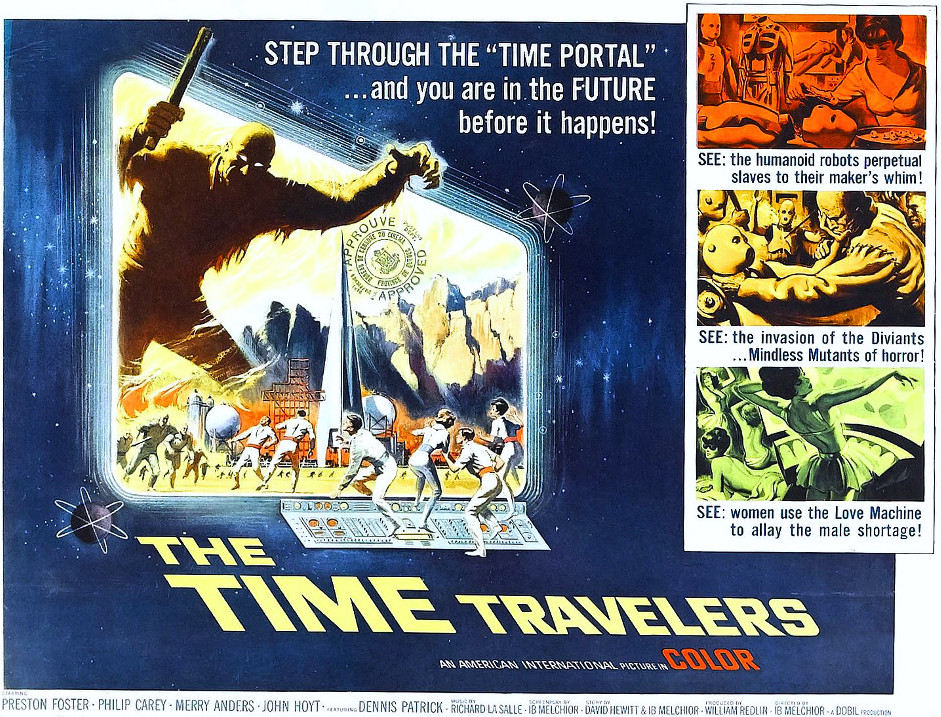 Who can resist a picture from American International in 1964 that gives you a Playboy Playmate (Delores Welles, June 1960), hideous mutants and Forrest J. Ackerman and promises to let you “SEE women use the Love Machine to allay the male shortage!”

Ib Melchior’s ideas were too big for his budget, but he still managed to pull off a pretty big-looking sci-fi flick. This thing just oozes mid-century, early 60s cool — from the costumes and hairstyles to the sets and the tacky Pathécolor (shot by the great Vilmos Zsigmond). 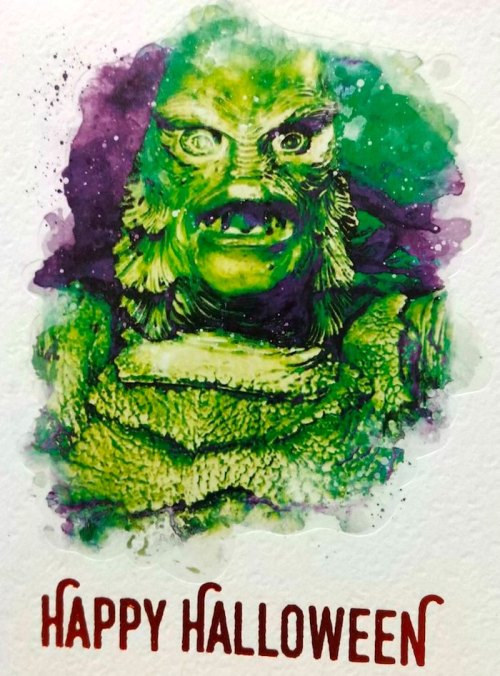 Here’s hoping your Halloween offers up a cornucopia of Creature comforts, such as this terrific greeting card that’s making the rounds.*

As a kid, this was one of my favorite days of the year, thanks to the all-night monster movie marathons the local TV stations would run. (DVDs, streaming TV and other stuff have pretty much killed that experience, and I feel sorry for kids today.) So, tomorrow morning, let me know what monster movie(s) you used to mark this monstrous occasion.

* How easy it is to fall into the Forrest J. Ackerman pun/alliteration thing when writing about monsters.

Exactly what you’d expect from a script by Ed Wood — who also wrote the novel! 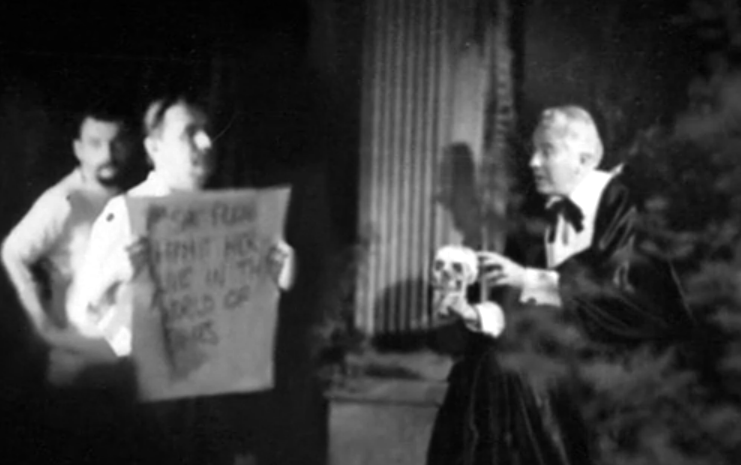 Emperor Of The Night (Criswell): “This is a story of those in the twilight time. Once human, now monsters, in a void between the living and the dead. Monsters to be pitied, monsters to be despised. A night with the ghouls, the ghouls reborn from the innermost depths of the world.”

While the sets are pitiful — not even the fog can’t conceal the lameness of the cemetery — the camerawork by Robert Caramico features gorgeously saturated color. He shot a bunch of low-budget movies, including Tobe Hooper’s amazing Eaten Alive (1976), before landing in TV with stuff like The Waltons and Dallas.

This whole crazy mess is coming to Blu-Ray from Vinegar Syndrome on September 26. You can bet they’ll have Caramico’s color looking better than ever — it’ll restore the original 1.85 cropping — and the extras will be extra-extraordinary.

Note that the novel (up top) features a “special introduction” by Forrest J. Ackerman of Famous Monsters!