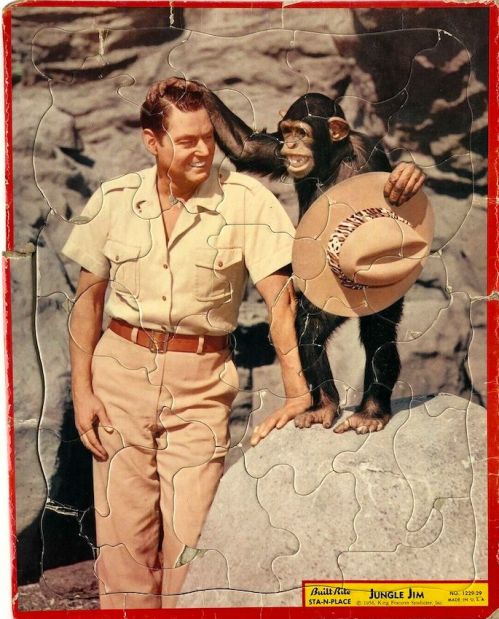 I’ve been wanting to dive into Sam Katzman’s Jungle Jim series, but have been waiting for someone to put out a set of all 16 pictures (released from 1948 to 1955) and the single-season TV show. That hasn’t happened, and the single discs are way too expensive and take up way too much shelf space.

Figure this summer is a good time to take em on, along with the Bowery Boys. First will be Johnny Weissmuller in either Cannibal Attack (1954) or Jungle Moon Men (1955), a couple of the later ones.