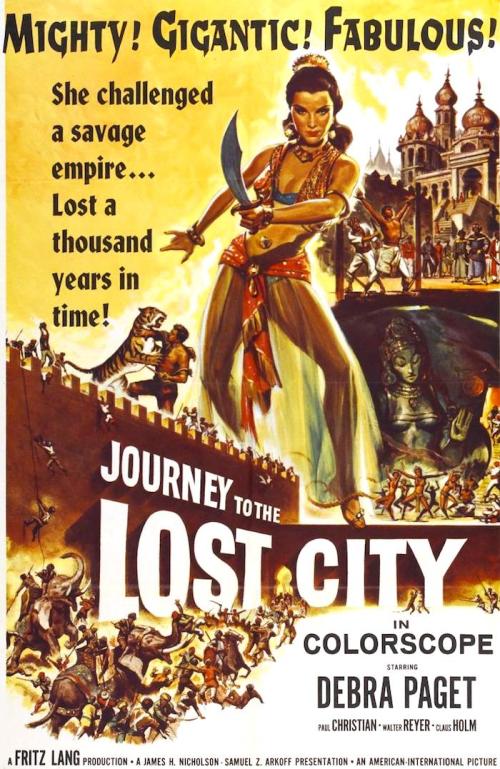 The great Fritz Lang returned to Germany to put together two adventure films — The Tiger Of Eschnapur and The Indian Tomb (both 1959), got special permission from the Maharana to shoot at Indian locations previously off-limits, and in the end, AIP edited them both down to a single 95-minute thing called Journey To The Lost City (1959) — and had censor trouble thanks to Debra Paget’s barely-there costumes. The original pictures, which were impossible to see for years, are unbelievably cool. (Keep in mind that if Fritz Lang made a movie out of the phone book, I’d be the first one in line.)

Film Movement Classics is bringing The Tiger Of Eschnapur and The Indian Tomb to Blu-Ray — with theatrical screenings at NYC’s Film Forum in late September 27. Highly, highly recommended.

By the way, the Warner Archive Blu-Ray of Lang’s Moonfleet (1955) is gorgeous.