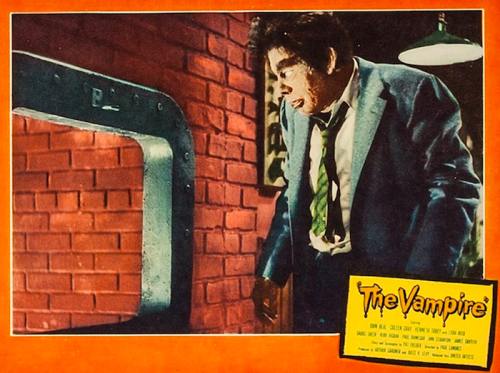 The Vampire (1957) is a cheap, solid 50s monster movie from Paul Landres, a director I’ve been trying to champion over the last few months. (I just recently reviewed the old DVD release.)

To me, this is a criminally overlooked little picture — the script, cast and direction take this way beyond its budget — and I’m so glad to learn that Scream Factory has it listed for a 2017 Blu-Ray release. It’s also great to see the work of someone like Landres get such high-quality treatment on video.