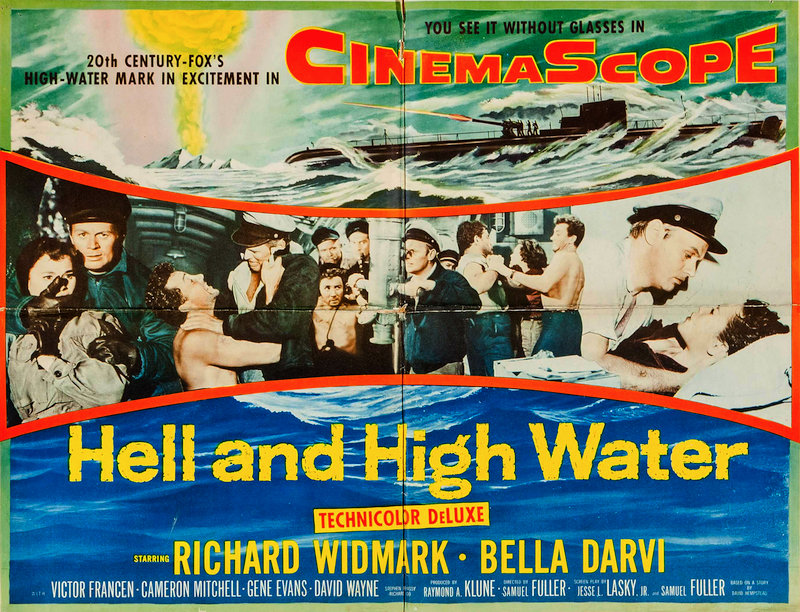 This terrific Sam Fuller Cold War paranoia picture was released on Blu-Ray a few years ago by Twilight Time. Now it’s on the way from Eureka, giving those of us who missed it last time a chance to pick it up.

High And High Water (1954) has so many things going for it. First, it’s a Sam Fuller picture, which is recommendation enough. It’s got a incredible performance from Richard Widmark, who could do just-short-of-unhinged better than about anybody. It’s an early CinemaScope movie, which comes with a particular stack of visual pros and cons — and encouraged longer takes that let the actors really do their thing. And, best of all, it’s a whacked-out anti-commie movie, the kind that could only come from the 50s.

The old Fox DVD left a lot to be desired, with the Twilight Time Blu-Ray treating Joseph MacDonald’s camerawork with respect. We can count on the same thing from Eureka, I’m sure. Highly recommended.